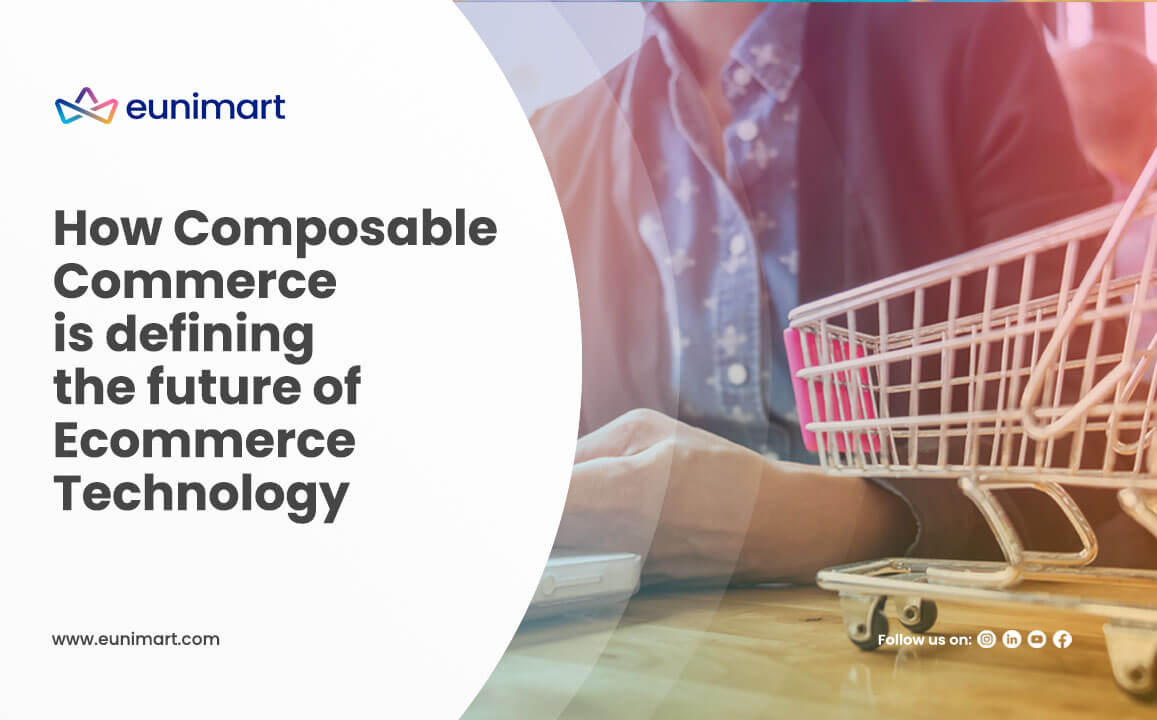 If you have been following the latest in ecommerce – you must have come across the growing body of online literature around composable commerce.  Composable commerce, often touted as the future of ecommerce technology, is pretty much the next stage in ecommerce evolution. While it is less advanced than what ONDC is setting out to do, it is perfectly suited for small and medium sized businesses looking to leverage a plug and play stack of solutions to grow their business online. To understand it better, let’s revisit the growth trajectory of ecommerce development technology over the years.

Out-of-the-box to  Headless to Composite:

The launch of Shopify’s ecommerce builder platform 20 years ago changed the time to market for ecommerce businesses substantially. Companies no longer needed to code out every module individually and finally launch a site, something that took years to do. That heavy lifting was done by Shopify, letting the users enjoy a low-code development experience.

Shopify was not the only solution out there. There were a whole bunch of alternative platforms available to build an ecommerce store. There were SAAS solutions such as Shopify, Bigcommerce and Squarespace. There were also open source solutions such as Magento, Prestashop and Shopware. All the solutions had a singular goal: To provide an out-of-the box experience to the developers. In other words, someone building a store using Shopify, could build it in its entirety without needing a second solution.

The main goal of these out-of-the-box solutions was to enable a hassle free, easy and quick development experience. It wasn’t however alway scalable. Most ecommerce sites, after reaching a scale tend to outgrow their original out-of-the-box build. This led to the need for headless commerce. Headless commerce separated the frontend from the backend. Designers and frontend developers could now build user focussed frontend features without worrying about the impact on the backend codebase. Backend developers and architects could build scalable ecommerce backends that would link to whatever frontend channels that the business would want to sell on. This made it easier for businesses to scale.

However, even headless had its limits. While it was meant to easily scale the backend and enable several separate frontends to connect, it still worked within the trappings of what the software offered. For example, if you wanted to build separate order management processes for retail, B2B, distribution and different geographies, you would not normally be able to do it because the order management system was not geared to do it. That was one reason why Shopify Plus did not see much adoption by businesses as they grew beyond $100M in annual revenues and their use cases outgrew what Shopify’s platform offered at that time.

Meanwhile, the market saw many developments. A new generation of companies emerged – aiming to solve specific problems for ecommerce stores. However, the entire responsibility to integrate these differentiated solutions lay on the brand’s in-house development team, making technology the bottleneck to their growth. As in, if brands want the best solutions for their store, they wouldn’t ideally go with an out-of-the-box solution. Instead, they would build something using the best options available. This led to the rise of composable commerce.

What is Composable Commerce

The definition of Composable Commerce is in the name itself – these are platforms that help you “compose” your commerce stack by allowing you to integrate the best solutions for each specific  problem. It’s almost like an orchestra. The individual components are the musicians playing their respective instruments and the role of the tech team is similar to that of the music director – to essentially come out with the music by harmonising the individual tunes.

Let’s understand more with examples. Let’s say you build a fashion ecommerce site. A typical use case for fashion companies is managing returns. Now, there are solutions out there in the market that are focussed on solving this complex problem of reverse logistics. A great example would be HappyReturns (acquired by Paypal). Should you build your own solution for managing returns or make use of something that’s already there in the market and doing well? Composable commerce lets you do the latter with ease. Your role is no longer about wondering how tech can solve a problem. Rather it’s about identifying the tech that has already solved the problem and bringing it all together to work seamlessly!

There are 2 major architectures commonly used for Composable Commerce:

Let’s understand these in greater detail:

MACH architecture allows businesses the privilege to select the best tools on the market, and maintain a structure that is not only easy to add but is also easy to replace or remove in future. Let’s understand the components of MACH:

When you break your entire development into small independent components, each with its own database and then let them orchestrate the information as they need to based on the requirements, what you are doing is called a microservices architecture.

You get to store your code on the cloud, meaning it is distributed over the internet. This allows you to serve customers no matter where they are, so long as they are connected to the internet.

As described earlier, Headless implies detaching the front-end from the backend. MACH architecture is also headless.

So now let’s put it all together: MACH implies using Microservices integrated with APIs and implemented in a headless way through the Cloud solutions.

JAMStack architecture is an alternative to MACH architecture. JAMStack’s main goal is to decouple web experience from data and business logic.

In Jamstack websites, the application logic typically rests on the client’s side without being tightly coupled to the back end server.

Some of the JAMStack best practices are as follows:

The three tenets of Composable Commerce:

The 3 tenets of Composable Commerce which make it a reliable candidate for building the future of ecommerce are as follows:

Unlike Out-of-the-box counterparts, sites built the composable way are extremely modular. Each business function is handled by a separate module and these modules are loosely connected to each other. This makes it easy to maintain and scale. For example, if I am not happy with my payment module – I can start using a different solution without worrying about the impact on shipping, order processing etc.

You don’t need to be tied to a platform when you want to grow your business. For example, a typical Shopify Store would have to look for apps within the Shopify store to add a feature. What if a perfect fit in terms of performance and cost isn’t available at all? There is no way out!

In an open ecosystem, such vendor lock-ins are not applicable. You can look for the best solution in the market (and not just the best that your vendor has)!

Ever since the evolution of composable commerce, companies are working to solve micro problems in the best possible way. At the end of the day, each module or microservice is a tech solution for a complete business problem.

Is Composable commerce the future?

This creates the need to have a platform that allows you to build in a Composable Way, without complicating your development process. Instead of having to code using the APIs – the user can connect the prebuilt modules! Just that the modules may be written in different languages and need not be affiliated to a platform. Companies like Shopify are working on building such platforms for the future. We also have government initiatives (such as ONDC in India) which are focussed on the same. With more acceptance and popularity – we can safely assume Composable Commerce to be the future of E-Commerce.

At Eunimart, we have been asking questions and framing problems on behalf of brands, retailers and supply chain companies. Our vision is to help companies generate more revenue with a futuristic approach and growth trajectory. We have built a full stack of AI tools to bolster revenue, supply chain and omnichannel distribution combined with an incredibly flexible and advanced open source platform equipped with multiple tools to empower the next generation of entrepreneurs who dare to dream, including those who are operating within the domain of composable commerce. 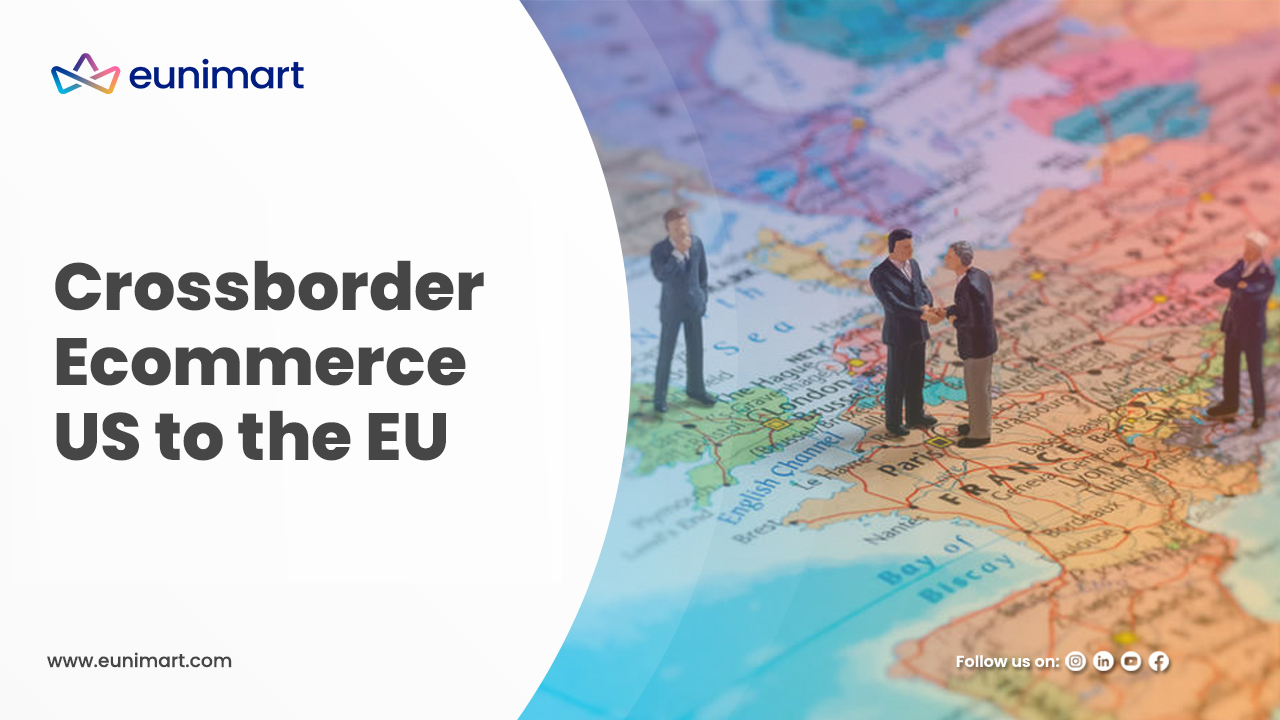 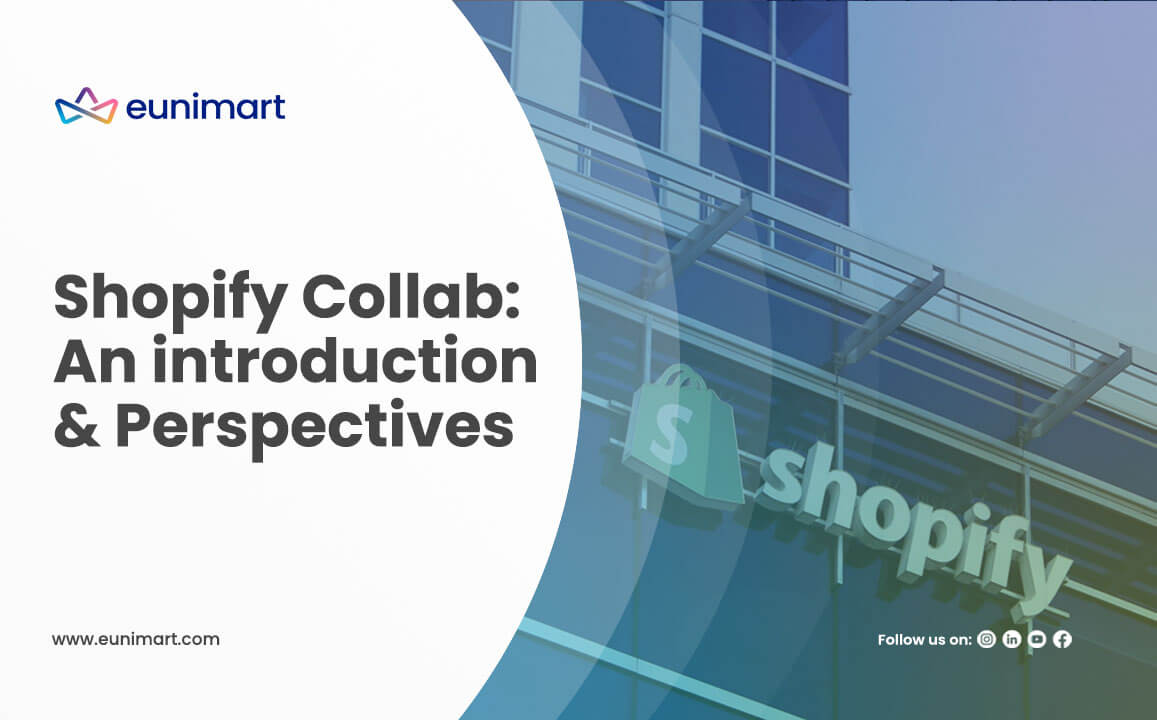 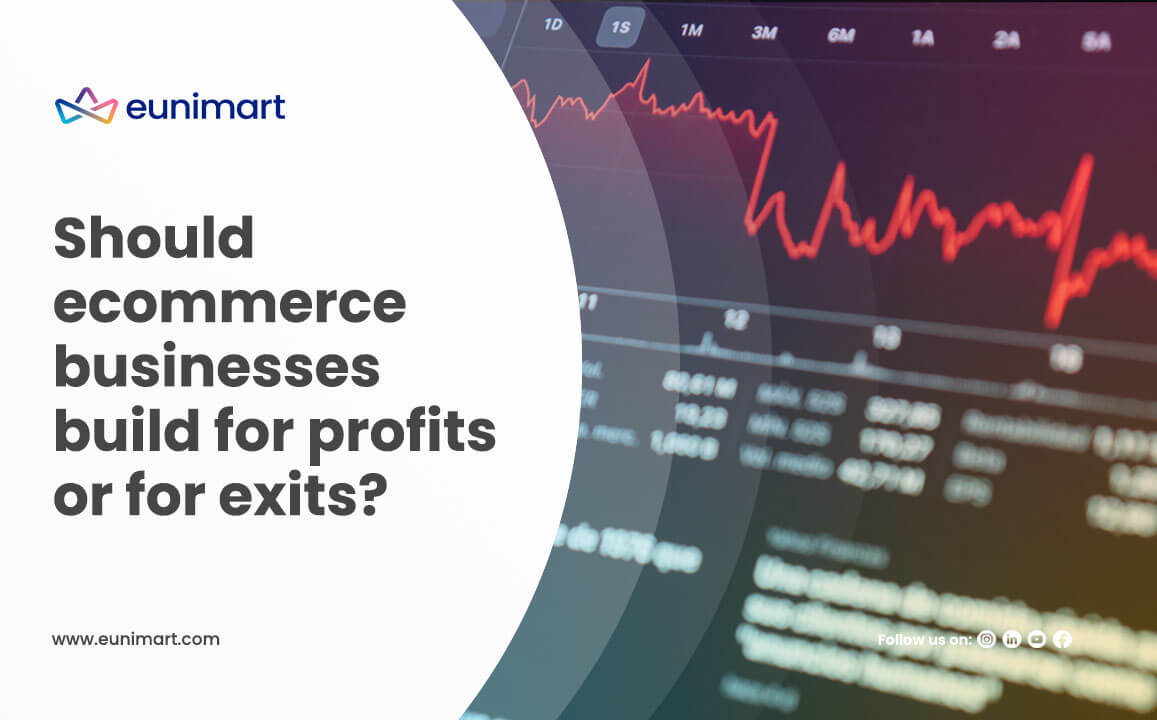 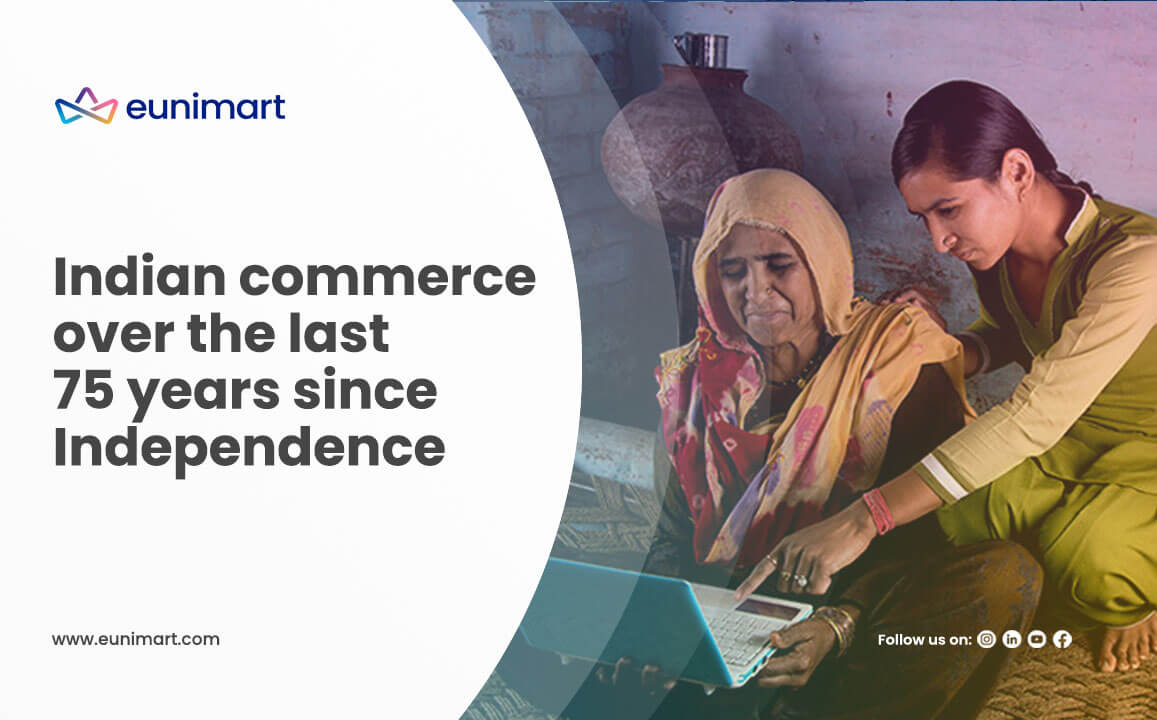 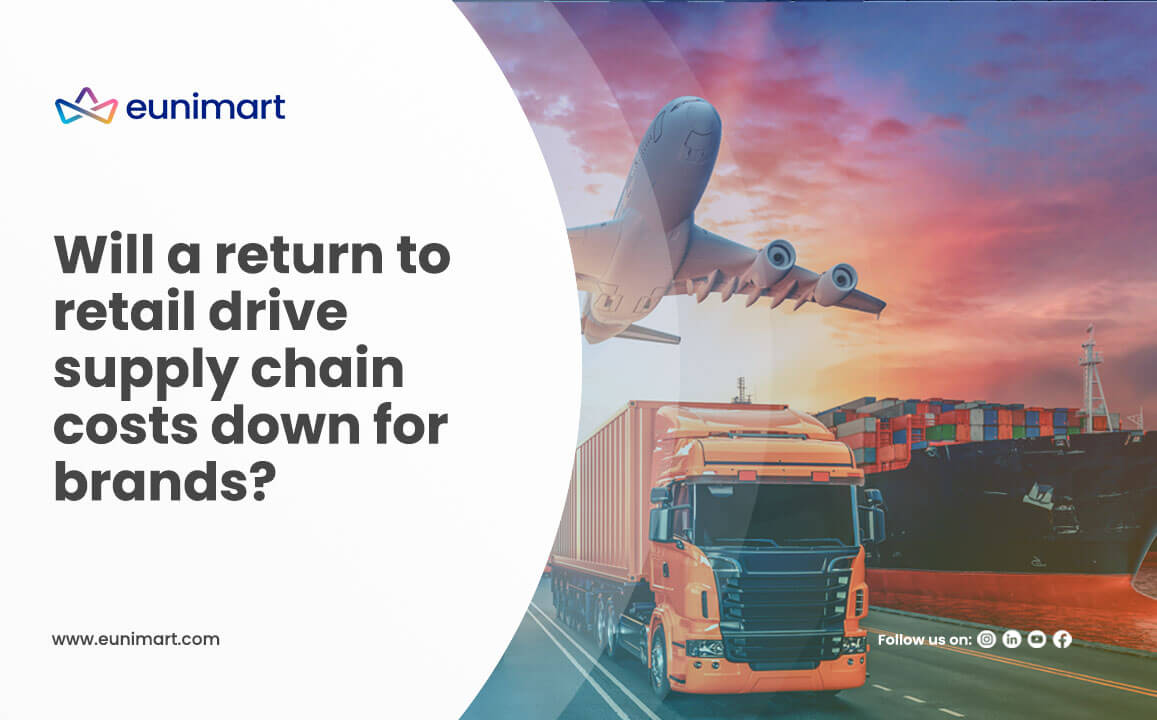 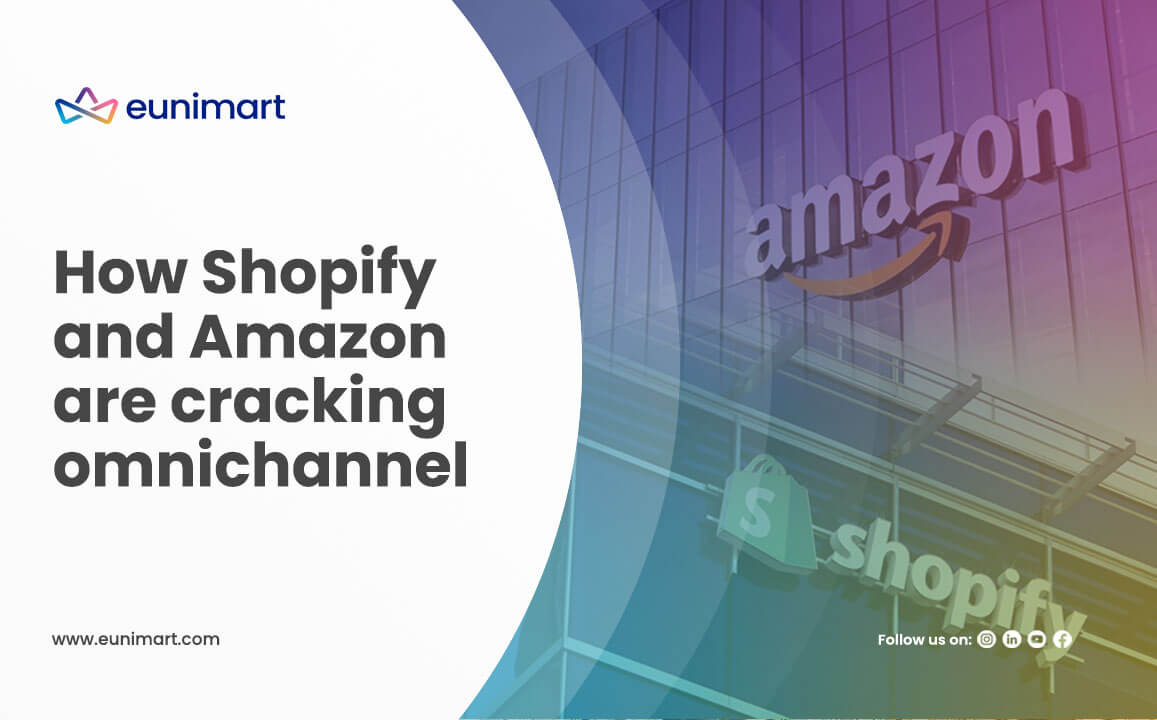 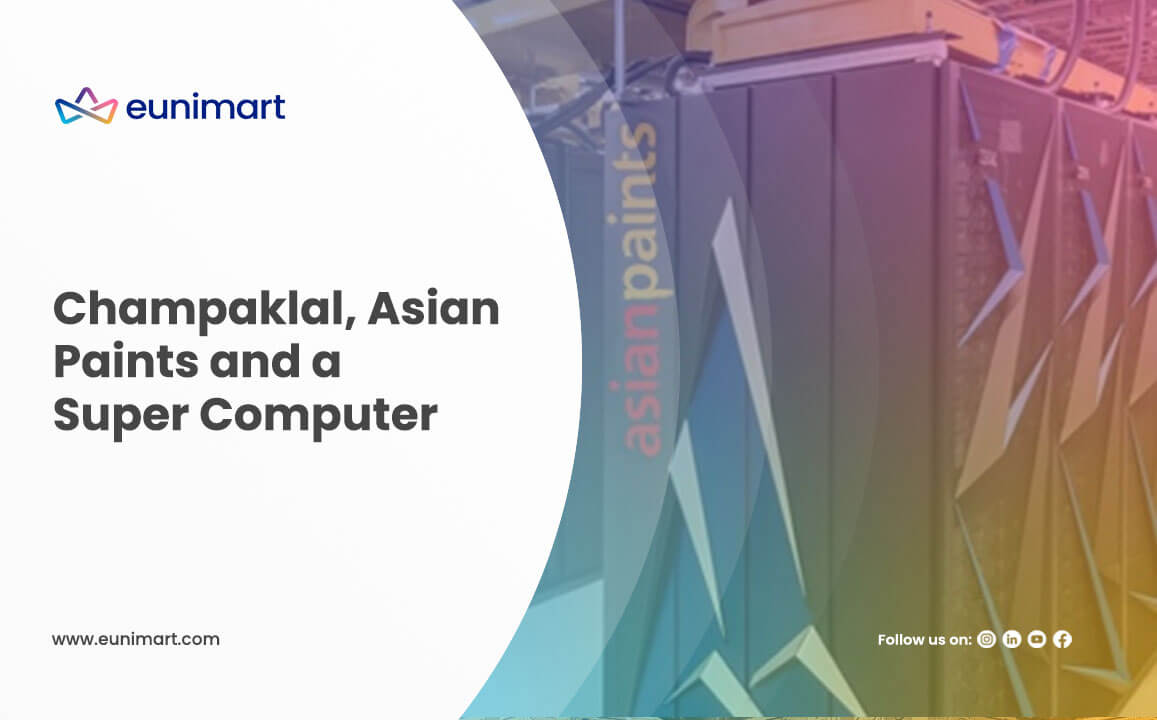 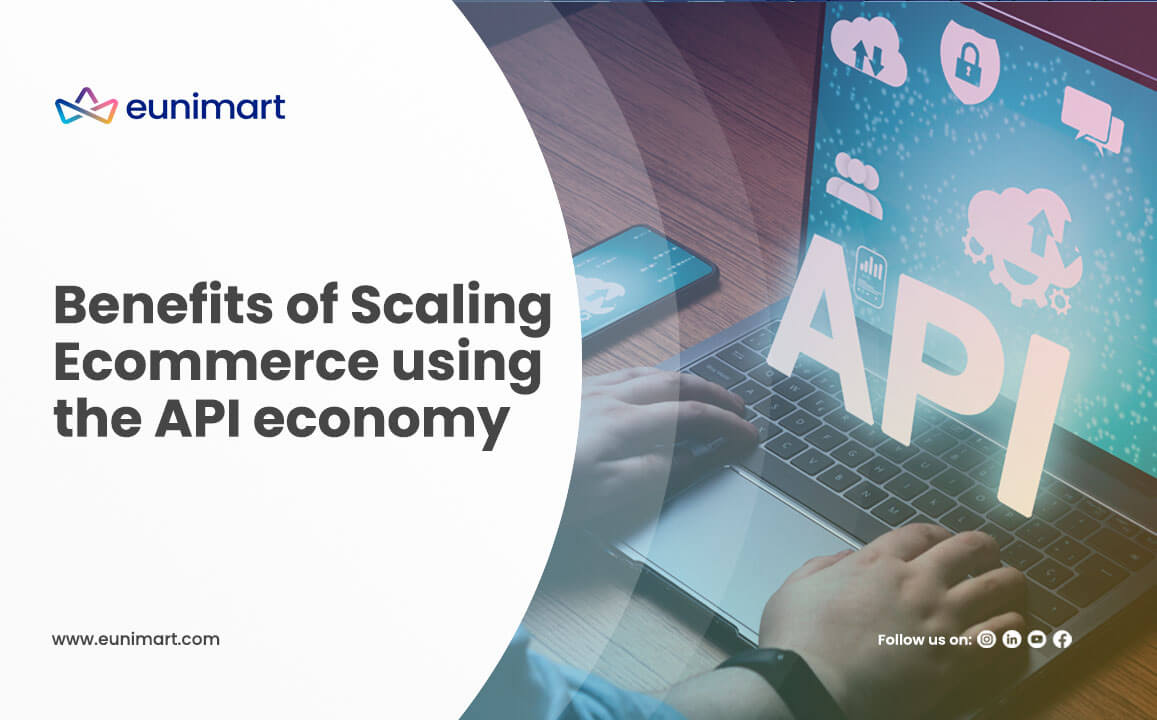